These reviews are reader reviews, which is why they are reviewed very late past the release date. I think anybody can submit a reader review. I've thought about reviewing some of the petra albums myself, but haven't done it yet.

Beyond Belief was such a monster success that I don't think it was really possible for them to match it in a follow-up. That and the over-processed Elefante sound was getting a bit tired by that point. For whatever reason, this album has always felt a bit out of place to me in Petra's catalog, but I've never put my finger on exactly why.
0 x
Top

Mountain Man wrote: ↑
Fri Mar 10, 2017 9:23 am
For whatever reason, this album has always felt a bit out of place to me in Petra's catalog, but I've never put my finger on exactly why.

Perhaps it was because John fell prey to the Unseen Power of the puffy shirt. 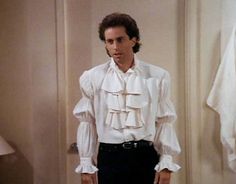 And he wore that through the Wake-Up Call tour.
0 x
Top

I like the album quite a bit. It was actually one of the first Petra albums I heard. But to be honest, I don't think it works as well as others as a whole. Lots of great songs that don't feel as cohesive as, say, Beyond Belief.

I would probably rank the songs as this...

I think what the weak link of the album was the 2 ballads(IMO some of Petra's worst) and the mid tempo songs like "I Need To Hear From You" & "Hey World"; all four of these songs were really bad. The rockers like "Sight Unseen", "Lord's Side, & "Destiny" were really great. When having some of their best/worst on the same album really hurt the album as a whole, especially when trying to follow in On Fire! & Beyond Beliefs coattails. What made up for this was Wake Up Call which in my opinion is one of their best.
0 x
FORGIVE! FORGET! & LET GO!
Top

I really liked "I need to hear from you", but the sound was 3 years past due.

I have a special spot for "hey world", but agree the chorus is very weak.

I'm not a big fan of "Destiny", it feels like only half a song.

I'm hit and miss on this album/ Some days it will get 2-3 listens, but then back on the shelf for months.
0 x
Well done my good and faithful servant, you may enter with me into paradise.
Top 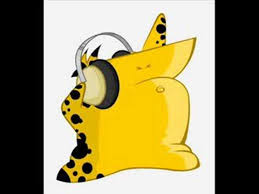 I may have posted this story before, but I bought Unseen Power on my way to youth group and put it on the stereo at the church while we were playing floor hockey. Then this other music came on and I went back into the adjoining room to complain to whoever it was that changed the music. Then I found out that nobody had. It was just Hand on my Heart.

That being said, I really like the album, even though some of the lyrics are a little watered down for Petra standards. I Need to Hear From You is one of those "could be about God; could be your about girlfriend" songs.
0 x
Top

Poor Hand On My Heart. I do realize it won't be to everyone's taste, but I happen to like that song, and they were so cute when they sang it in concert.

I love I Need to Hear From You too.

I like Unseen Power, although not as much as Beyond Belief. There are a lot of good songs on Unseen Power. I have honestly found something to like about all of Petra's albums, although I might like some more than others.
Last edited by Shell on Fri Mar 24, 2017 11:46 am, edited 1 time in total.
0 x
Top

"This journey seems so long, as I await the dawn...all alone and so weary" - Petra's "Over The Horizon"
Top

I'll be the smart dissenter here.

For whatever reason, I will take Unseen Power all day, every day over Beyond Belief. Maybe it was because I got it as soon as it was out, and was the first among my circle of Christian music listeners to hear. I played it many times over before anyone else heard it. I don't have a problem with any of the songs really. I thought the production was huge, and I liked the variety between songs like Who's On the Lord's Side, Ready Willing and Able, Sight Unseen, Dance...
Objectively, BB might be the better album, but I will always pull this or WUC if I want to listen to Petra.
0 x
Top

By the fall of 1991, I had worn the tape thin on my Beyond Belief & Petra Praise: The Rock Cries Out cassettes and was eagerly looking forward to Petra's next album. Before the Internet, the only way one could remain aware of new releases was to regularly visit the local Christian bookstore. In the time between Beyond Belief and Unseen Power, I managed to purchase most of Petra's discography on cassette. I quickly built up my Petra library of music which included their self-titled album Petra, Never Say Die, More Power To Ya, Beat the System, and This Means War! For the tapes the Christian bookstore didn't carry, a buddy of mine recorded me copies of the tapes he had - Not of This World, Back to the Street, and On Fire! Finally, when Unseen Power hit the shelves, I was ready to love it, but for some reason, I didn't. To me, it was just OK. I found myself going back to Beyond Belief and only occasionally listening to "the new album." I felt bad that I didn't love it, so when the Unseen Power Tour came to my town, I purchased a t-shirt to share my Petra devotion with the world (pictured below). 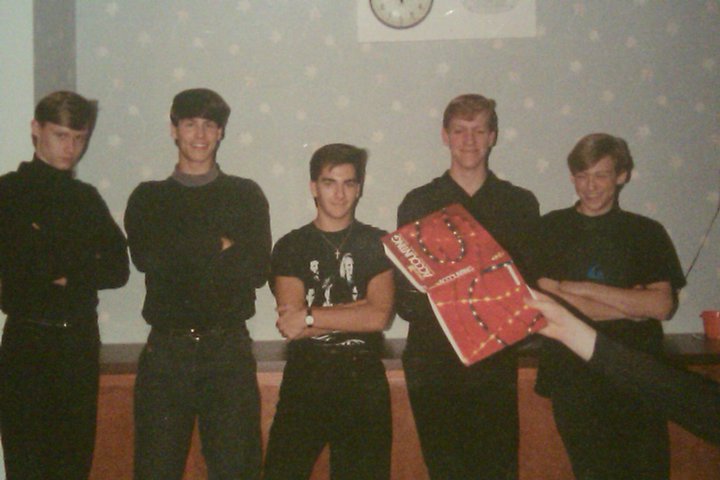 
It was around this time that DC Talk came out with Free at Last, and my taste in music quickly changed. After that, I abandoned Petra altogether (along with my collection of cassette tapes) and was completely unaware of any of their albums after Unseen Power. I do remember many years later digging through CD bins at a music store during college and finding Wake Up Call only to flippantly toss it aside. It wasn't until 2008 towards the end of my 1st marriage that my pastor encouraged me to start listening to Christian music again. I remembered "Petra" and became curious to know what albums post Unseen Power they had recorded that I had yet to discover. On long introspective jogs, I looked forward to "The Prodigal's Song" on Revival as it hit a nerve inside me. That song in particular wooed me back into the loving arms of my "First Love," my Heavenly Father. Sadly, my marriage of 9 years went down the tubes, but I came out on the other side a new man in Christ thanks to the ministry of Petra.

Fast forward to 2010, my new girlfriend (now wife of 5 years) accompanied me to the Classic Petra "Back to the Rock" Live DVD taping here in Nashville, and the rest is HIStory!
0 x
What are ya lookin' for the Devil for when ya oughta be lookin' for the Lord?
Top

I'd take UP over WUC any day of the week. Saying that, if I never hear "Hand On My Heart" again it would also be just fine.
0 x
Top

Sight Unseen has become my favorite track from UP. I t used to be I Need To Hear From You, but after 20 + years it is definitely SU. I always thought Destiny has a Motley Crue sound, but never thought much of the song. Hand On My Heart is awful. Another gem is Secret Weapon- I think I like the shuffle beat (if that is even the right term)BB and UP are what I prefer when it comes to Petra.
0 x
Top

I agree with pml and gman. This is a GREAT album ... mostly. HOMH is a terrible song to have in the set--completely out of place. IMO Petra would've done themselves a favor not to have recorded that at all. Destiny is one of my all time favorite Petra songs...so powerfully encouraging and motivating! Hey World is very weak also, while Ready willing and able, sight unseen, dance, and I need to hear from you are all excellent.

Every album by every musical artist has songs some fans don't like. Petra is no different. But when I consider the very long list of truly masterful (and I would say inspired) songs they created, all I can do is stand in awe. These guys have changed lives through their music. I'm one of them, and for that I am eternally grateful!

Users browsing this forum: No registered users and 27 guests