Yeah, my biggest complaint I guess would boil down to some of the parts and details that were left out, but I realize it's hard to cram everything into a ten hour mini series. The ninja angels were certainly something to see.

We are not planning to watch it as we do not have cable. I have heard many great things about it though, with the only criticism being minor details. Some of those are petty and can be struck up as a difference in bible versions. Some folks needs to stop sweating the small stuff.
0 x
Top 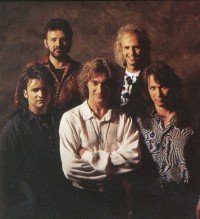 I will have to watch it when it is repeated. Thanks for the reviews.
0 x
Top

Have a lot of issues with it. Graphics were great but there was just to much wrong with it for me.

Nothing on exactly what Sodom was doing that caused God to destroy the city's no depiction of homosexuality. Just a few people dancing and partying. Ninja Angels appear beat up with blood and scrapes on their face when they "Beg" Lot to help them. Ninja Angels? Really?

Joshua didn't come into the picture until later according to the Bible and Moses didn't know he was not going to the promised land until after he sinned by striking the rock which happened after he received the ten commandments and after he had to carve a new set of tablets because he destroyed the first set that God made. So Joshua didn't meet him on the way down from the top of the Mountain. Arc of the Covenant could not be out in the open, there were rules regarding the Arc that the Israelites had to obey , the movie shows Joshua kneeling before the Arc with it sitting in the opening of a small tent where anyone could just walk up to it.

Aside from that, I laughed a lot through it because Hollywood messed up again

At least they didn't make a BIG mistake like NBC with their miniseries a few years ago and have lot riding up with a couple of guys on a horse to talk to Noa letting him know how Abraham is doing, not sure how that was supposed to work out.
0 x

"In the middle of the night, the idiot himself awaits"
"I have been young, now I am old-ish"
Top

Yeah, I remember the movie years years ago about Noah's Ark that had people from Noah's time interacting with people from Abraham's time. I also felt that one was really trying to discredit the Bible in general. It was horrible.

This new one certainly has it's inaccuracies as you mentioned, but I've come to expect that from Hollywood and otherwise, well, it wasn't anywhere near as bad as the one about Noah's Ark and I really don't feel they are trying to harm the reputation of the Bible in any way, just trying to make it appealing to a new generation I suppose. The seeker sensitive approach. It is what is it is, but it could easily be much worse.
0 x
If you like Petra you might like my music. You can download it free.

Haven't seen it yet, the only complaint a friend of mine had was it was slightly confusing for someone not really familiar with the Bible, i.e. the storyline was moving too fast to really catch what was going on. Can't comment on it myself because I haven't had the chance to check it out.

Anyone here watch the Gospel of Matthew? Now there's a good movie y'all should check out.
0 x
"Pethead" is not a title. It's a way of life.

The homosexuality is not what caused God to destroy S&G specifically. Homosexually was a symptom of the cause which caused the destruction.

Now this was the sin of your sister Sodom: She and her daughters were arrogant, overfed and unconcerned; they did not help the poor and needy. They were haughty and did detestable things before me. Therefore I did away with them as you have seen. (Ezekiel 16:49-50)

Ezekiel 16:48-50
As surely as I am the living LORD God, the people of Sodom and its nearby villages were never as sinful as you. They were arrogant and spoiled; they had everything they needed and still refused to help the poor and needy. They thought they were better than everyone else, and they did things I hate. And so I destroyed them.

Now, there were MORE sinful people, and they were not destroyed in that fashion. The reason why S&G was destroyed was the preservation of Israel and it's culture. Lot started to get comfortable with it. Others likely followed.
0 x
Top

I watched part of it, and I thought the acting and special effects were very good. I want to watch as much of it as I can. It will be available on DVD in April I think; I may go ahead and invest in it eventually.

Of course it would be hard to include everything in the Bible in ten hours, and of course Hollywood's top priority isn't going to be to make sure it's completely accurate. Haha, I've lived about 45 minutes south of Hollywood my whole life, and believe me, it is not what it's cracked up to be-It's very over rated.

So the inaccuracy doesn't really shock me...And there have been other historical films with worse inaccuracies. I thought it was well done. It can boil down to preference as was pointed out.
0 x
Top

Lol I saw that too... not sure if it was intentional, but it is kinda funny. I noticed the similarity in the very first episode where Satan is shown tempting Eve, and thought, "Nah, it couldn't be..." Maybe it could xD
0 x
"I'd rather be a fool in the eyes of men than a fool in the eyes of God"