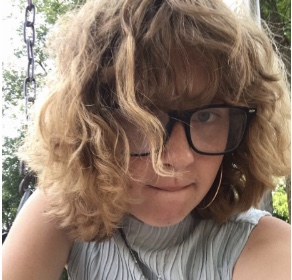 You can't say that someone who is Christian and sings about Christian things ISN'T A CHRISTIAN BAND. That's the stupidest thing I've ever heard. I don't understand why Michael wanted nothing to do with Christian music, we are separated from the world anyways, and why he still did it. He claims they aren't a Christian band, well he sure didn't prove it, they're so obviously Christian and I'm all in for it so I don't have a problem. They're what introduced me to Whitecross, Angelica and so many other great bands I never would've found otherwise. God has used them and I don't see why Mike is so upset about it. I really want his book. First chance I get I'm gonna buy it. Can we please drop this now? I can't seem to stay away from arguments, and we're both very opionated and idk about you but I have a temper and get real fired up easily. So it's best just to drop it. Stryper will always be a Christian band to me, regardless of anyone's including the frontman's protests. Now let's drop this I shouldn't have even left my opinion here at all. I do that too many times and then the bomb sets off. I hate arguments but they always seem to find me.
0 x

Yes, you can. Again. READ THEIR OWN WORDS. They have said it from day one. Stryper was not a Christian band, in their peak of success they did not live like Christians. In fact, The guys in Petra did not have much respect for them and how they did things. The whole CCM industry didn't really respect them or know what to do about them. On tour, Stryper did the same booze, drugs, sex, and such that the other bands did. Read Mike's book. One of the reason's Mike quit Stryper was because of all of the craziness and what it cost him personally.

Christian bands are very different things. But even those categorized as "Christian" aren't all of the time. There are secular bands who have gone the Christian route because they were not good enough to make it in the secular world. There are Christian band members who aren't believers at all. Some of them have been atheists, Buddhists, etc. Some of the biggest hits in CCM history have been produced and/or written by secular people.

Then, we have Christians in Journey, Elton John's band, Alice Cooper, U2, Megadeth, etc, etc, etc.

You can't make the lyrics or lack of lyrics label the band. It doesn't work like that. The world is not as cut and dry as you would have it in this case. You can't say something outlandish and make people accept it without replying. A rebuttal or disagreement is not always arguing. If we can disagree civilly, then what good is a personal opinion and posting here?
1 x
Top

Funny how you happened to come back on the Petra zone right at this time.

It's been awhile since we've had one of these discussions. Brings back some fond memories.

I'll go ahead and express my opinion; it's not the final word or anything. It can be easy to take things the wrong way when you can't see or hear someone. It's a good idea not to take things you read on a message board too personally. I've been posting here a long time and agree Brent is opinionated but I don't think his posts are meant as personal attacks. I also know he has a background in the music business and knows how things can be. I agree there is a lot of nonsense in CCM, but there will be nonsense anywhere you have people. I don't have a background in the music industry, but I understand human nature and understand there is a lot of pressure involved in being in the public eye. I also understand when someone is away from home on the road for long periods of time it can take a toll. I remember hearing Michael say at a concert I went to awhile back that he made a lot of mistakes.

I think labeling a band "Christian" or "secular" is missing the point. Music is music. The message in the lyrics is what makes the difference. There are Christian bands that don't live Christian lifestyles and there are secular bands that don't party and live recklessly. Hearing about nonsense in the media does not make it more wrong; there are plenty of people who behave badly and you don't hear about it. Wrong is wrong no matter who it is or what the circumstances are. I believe if you claim to be a Christian you should live that way, but again, that applies to anyone. The key is allowing God to change those areas that need to change.

Finally, someone around here said something I agree with, "Brent is opinionated". Bwuhahahahahaha
1 x
Top

Users browsing this forum: No registered users and 10 guests